Are you or someone you love struggling with cocaine use? Do you find it harder and harder to stop using the drug despite financial, relationship, and health problems? Are you looking for answers but not sure where to turn?

Many cocaine users have been through similar struggles. Without warning, the drug takes over their lives. Even though they see their relationships, finances, and health deteriorate, the behavior continues.

Contacting our cocaine hotline may be the first step in accessing the knowledge and resources you need to finally stop using this powerful drug.

Cocaine is a highly addictive stimulant drug derived from coca leaves indigenous to South America, where it has been used for over 3,500 years. [1]

In countries like Colombia, Bolivia, and Peru, coca leaves are still chewed or used in tea to treat maladies like altitude sickness and fatigue.

Through the early 1900s, cocaine was used in elixirs and tonics that treated a wide variety of maladies, including sexual dysfunction, depression, and fatigue. It was even famously an ingredient in early versions of Coca-Cola. Surgeons used the drug to block pain before other local anesthetics were developed.

Street names for cocaine include coke, blow, and powder, while crack cocaine is also known as candy, rocks, and base.

How Cocaine Works in the Body

Cocaine works by increasing the presence of dopamine in the brain. Dopamine is known as a pleasure chemical because it is largely responsible for the high that drug users experience. Dopamine is what causes users to feel happy, energized, and euphoric when they take cocaine. [2]

Cocaine blocks specific neurons which are responsible for reabsorbing excess dopamine in the brain, causing it to accumulate. Research conducted by the University of Colorado at Boulder shows that cocaine also binds to glial cells, which are cells found in the central nervous system. [3]

The way that cocaine binds to these cells causes an inflammatory response, tricking the brain into releasing more dopamine. The result is that dopamine is continuously released for up to 30 minutes after the drug is taken, at which point people often take more to sustain the euphoric effects. [4] [5]

These combined effects in the brain help explain why cocaine impacts dopamine levels so much, and also why it is such an addictive substance. Because high levels of dopamine create pleasurable feelings, this brain chemical is most closely linked to addiction.

Drugs like cocaine that greatly increase dopamine activate reward centers in the brain. Over time, drug use causes a reward pathway to form in the brain (also called an addiction pathway), which creates strong drug cravings and makes it harder for the user to stop using the drug.

The Forms of Cocaine

Cocaine as a drug of abuse comes in two main forms: a white powder that’s usually snorted, and a crystallized form called crack that’s smoked [6] Cocaine results in a high that lasts up to 30 minutes, while crack is a much shorter high, lasting only about 5 minutes. Crack is sometimes still preferred because it is cheaper and because the high, though short, is more intense than from powder cocaine.

The white-powder version of cocaine is made from dried and ground coca leaves which have been chemically treated to extract cocaine hydrochloride. This is an extensive process which involves the use of many chemical solvents, some of which are highly toxic, like gasoline, sulfuric acid, and ammonia. While many of these are removed during the process, cocaine is often cut with other powders like corn starch, baking soda, or sugar to dilute it and increase profits.

To create crack cocaine, the hydrochloride is removed from the product, which makes it possible to inhale by smoking. This is accomplished by heating the mixture to create a hard substance that can be broken into pieces and sold. This form is called crack because of the crackling sound that it makes when it is heated for the purposes of smoking.

• Around 2,500 cocaine deaths per year are attributable to straight cocaine use, while the remaining 4,500 involve cocaine used with an opiate. [7]

The Effects of Cocaine Withdrawal

Because of the negative effects a person feels when not taking cocaine, it is considered highly addictive. These negative effects are termed withdrawal symptoms, and they occur when one either quits using the drug altogether, or even reduces the amount of use. Those who are considered heavy users of cocaine can even experience withdrawal symptoms before the drug is completely out of their body. [8]

Dopamine released when a person uses cocaine can produce a strong craving for the drug, especially with regular use. It’s doubly damaging because a “crash” period follows almost immediately when usage stops. This causes the brain to want more cocaine right away, which makes the withdrawal more serious and the abstinence more difficult. [9]

For people who are trying to quit cocaine, the first month tends to be the most difficult. It often consists of swings between high and low cravings for the drug, paranoia, long periods of sleep, and anxiety.

The most common symptoms of cocaine withdrawal are fatigue, general feelings of discomfort, increased appetite, vivid and unpleasant dreams, a depressed mood, agitation and restless behavior, and slowing of activity.

Those who have injected cocaine are likely to experience more severe withdrawal symptoms than those who abused the drug by either smoking or snorting it.

The History and Regulation of Cocaine in the United States

Cocaine was initially developed as an anesthetic in 1884 for use in a cataract operation.[10]

While it was being developed as an anesthetic, many doctors had hoped it would also provide a cure for people who were addicted to morphine. Morphine was so freely given to soldiers during the Civil War that many became addicted to the drug. [11] Even Sigmund Freud recommended cocaine for use in treating melancholia and opiate addiction. [12]

Eventually, it was discovered that cocaine use had negative psychological effects, which worsened with repeated use. In the 1920s, cocaine quickly become one of the most feared illicit drugs, with many states around America enacting laws against its use. [13]President William Taft even proclaimed the drug as “Public Enemy No. 1.”

The first official regulation on cocaine in the United States came in 1906 with the Pure Food and Drug Act. That law required products that contained cocaine to include it on the label. The Harrison Narcotics Tax Act of 1914 imposed further restrictions on cocaine use and the use of other drugs. It also banned physicians from prescribing the drug or other narcotics to addicts.

It wasn’t until the Narcotics Drugs Import and Export Act of 1922 that cocaine was officially outlawed in the United States for any and all non-medical uses. It’s listed as a Schedule II drug today. This means it has high abuse potential, but gives doctors the ability to use it for legitimate medical uses such as local anesthesia.

According to the 2015 National Survey on Drug Use and Health, 8.1 percent of all people in the US aged 12 years and older needed treatment for substance abuse in the last 12 months.[14] However, only 2.5 million people received treatment that year, leaving many people still in need of help.

Cocaine was responsible for 10 percent of all visits to drug treatment centers that were publicly funded in 2015. It ranked fourth behind alcohol (21 percent), marijuana (14 percent), and heroin (13 percent). [15]More than 18 percent of admissions into these facilities came from people who reported abusing one of the above-mentioned drugs and alcohol together.

When to Call a Cocaine Addiction Hotline

If you are worried about how cocaine is impacting your life or a loved one’s life, calling a cocaine addiction helpline can be a crucial step in getting the help you need. You don’t have to wait until problems become unmanageable. Even if you are simply looking for information, these hotlines are a valuable resource.

Many people fail to realize how powerful addiction is. They make excuses and rationalize their use. They postpone calling, thinking their drug use will magically disappear. The fact is, when the brain’s pleasure centers are altered due to cocaine use, you aren’t thinking clearly. Your brain is in a constant loop of desiring the drug, getting that “high,” coming down, then wanting that drug again.

This is how lives are destroyed.

While asking for help may be embarrassing or uncomfortable, it may be the only option for finally getting your life back.

Many cocaine addiction hotline numbers allow you to remain anonymous, protecting your identity. They will also help you determine the next steps that are right for you, and can help you get connected to treatment if you want it. With professional treatment, it is possible to recover from cocaine addiction and regain control over your life.

What to Expect When Making the Call

Deciding to call a cocaine hotline for addiction is a brave step towards improving your future. While you may be hesitant, know that someone is ready to help you and will listen to your story without judgment. They won’t make you feel ashamed or inferior. These hotlines have helped countless others going through similar situations.

While you are free to talk about anything when calling a cocaine helpline, here are some of the more common topics:

Remember, you are never alone. Many others dealing with cocaine addiction reluctantly made the call, and may have even changed their life thanks to a cocaine abuse hotline. 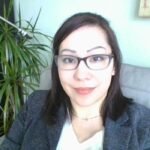