Alcohol has a negative effect on health, both in the short and long term. In the short term your decision-making and reactions are impaired, making you more likely to crash your car, get into a fight, or fall on the street. In the long term it increases the risk of cancer, stroke, and other issues.

• Injuries and fatalities from falls, vehicle collisions, and other types of accidents

• Exposure to violence, including homicide and sexual assaults

Binge drinking is associated with increased risk of unintended pregnancy. [1] [2]

Binge drinkers are also more likely to engage in unplanned sex, which increases the risk of contracting HIV and other sexually transmitted diseases.

Binge drinkers experience increased risk of assault, getting into fights, and suffering physical injuries, making them more exposed to health complications in general. Alcohol has been demonstrated to be a factor in fatal non-traffic accidents, such as homicides, accidental injuries, and suicide. [3]

Alcohol may increase the risk of stillbirths and miscarriages in pregnant women. Drinking during pregnancy can lead to fetal alcohol spectrum disorders (FASDs). These is no specific medical test used in diagnosing FASDs, and so doctors will look for a combination of distinctive facial features, below-average height or weight, and central nervous system issues in deciding whether it may be present. Physical and mental issues for the child will vary in severity, and could include coordination issues, learning difficulties, attention difficulties, speech and language problems, vision and hearing impairment, poor sleeping as a child, and issues with the heart, bones, and kidneys. [4]

Alcohol is also a contributing factor to road accidents, which is why most legislators around the world have introduced some forms of restriction on driving while under the influence. One study [5] in New Zealand found that young people who drink and drive had a 2.6 times higher rate of active traffic accidents than those who did not.

Alcohol poisoning is a major cause of death in the United States. [6] Covering the 2010–2012 period, 2,221 annual deaths were attributed to alcohol poisoning, which is around 9 deaths per million. There are wide differences in alcohol poisoning numbers between states, with Alaska reporting nearly 10 times more than Alabama. Adjusting for age, the highest death rates were found in American Indians and Alaska Natives. Men are overwhelmingly more likely to die from alcohol poisoning than women.

• Weakening of the immune system

Heavy drinking weakens the immune system. [7] It leads to increased likelihood of pneumonia, sepsis and other immune-related issues. It also slows down tissue repair, and makes you more likely to experience complications from surgery.

There is an association between alcohol and chronic inflammation. [8] Alcohol causes LPS (lipopolysaccharide) translocation across the gut, and in fact people with alcohol-related liver disease have higher levels of circulating LPS. The body is able to detoxify LPS using complex multi-organ interactions, with the liver in particular playing an important role. Drinking makes the body much less able to do this job.

Alcoholic liver disease can develop in heavy drinkers. The liver is where ethanol is metabolized, and therefore it is no surprise it is exposed to the highest levels of tissue damage in those with alcohol use disorders. Excessive drinking causes lesions on the liver, which can include inflammation, accumulation of fat, development of scar tissue, and remodeling of tissue. Beyond quitting drinking and liver transplants, there are few options available for treating the condition. [9]

Alcohol is associated with increased risk for a broad range of cancers, including breast, liver, esophageal, pancreatic, colon, and others. In the case of breast cancer, for example, more than 100 studies have demonstrated a link between alcohol consumption and the disease. While we know alcohol plays a multifactorial role in developing cancers, the precise mechanisms are yet to be fully understood. [10]

Pancreatitis occurs when the pancreas becomes inflamed. The pancreas plays an important role in the metabolism of alcohol, and as a result it can experience complications in those with alcohol issues. Alcoholic pancreatitis develops to a greater extent in heavier drinkers, but it is important to note that some heavy drinkers go without any identifiable symptoms of the condition. [11]

Alcohol has been associated with increased blood pressure, which itself is associated with a wide range of health conditions. Researchers have proposed a number of possible methods by which this could happen, including alcohol causing imbalances in the central nervous system. It has been established that alcohol has a larger effect on systolic versus diastolic blood pressure. [12]

Alcohol consumption is associated with increased risk of stroke. One meta-analysis found that those who consume more than 60g of alcohol per day were more likely to experience a stroke, while those with more moderate drinking patterns experienced reduced risk against both total and ischemic stroke. [13]

People with alcohol use disorders are exposed to the risk of developing asymptomatic alcoholic cardiomyopathy (ACM), following which it is common to see the signs and symptoms of heart failure emerging. Unless the patient responds by completely eliminating alcohol consumption, they will experience an almost 50% mortality rate within four years. [14]

Chronic alcohol consumption is also linked to heart rhythm problems (heart arrhythmias), which encompasses the heart beating too fast, too slow, or irregularly. Studies in particular point towards tachycardias (resting heart rate greater than 100 bpm) being a concern for heavy drinkers. There is also some evidence that heavy drinking increases the risk of sudden death by fatal arrhythmia. [15]

Alcohol consumption is associated with brain damage. Studies have shown that people with alcohol use disorders have smaller brain volume than those without alcohol use disorders, which is most severe in the frontal cortex. In fact, there is evidence to suggest that the neurodegeneration caused by excessive alcohol consumption can make you more impulsive and less able to resist the temptations presented by addiction. [16]

Alcohol use disorders and anxiety commonly present alongside each other. The question of how the two are linked is not yet fully understood, but a number of pathways have been proposed. It could be that the alcohol consumption causes anxiety, that those suffering from anxiety are drawn to alcohol in order to self-medicate, or that a third unknown factor leads to the presentation of both. More research is required to understand the precise reasons behind the comorbidity. [17]

One specific anxiety disorder that has been linked to alcohol use disorders is post-traumatic stress disorder (PTSD). [18]

Alcohol is associated with fertility problems in both males and females. Men suffer from worsening semen quality as consumption of alcohol increases. In a study examining 100 males with alcohol use disorders, only 12% presented with normal semen parameters. Of the heavier drinkers in the group (those consuming 80g per day), none had normal semen parameters, which suggests a dose–response relationship. Women who take more than two drinks per day experience higher risk of infertility issues, and the effect is even more pronounced in older women. [19]

Pregnant women or women who are planning a pregnancy soon should avoid drinking alcohol. There is no safe drinking limit during pregnancy. Several medical conditions, such as fetal alcohol syndrome (FAS), have been directly linked to alcohol use during pregnancy. FAS is a condition in which babies exposed to alcohol during the mother’s pregnancy suffer growth problems and irreversible brain damage. Moderate alcohol consumption (1 drink per day) is not known to be harmful while breastfeeding (especially if waiting 2 hours after the 1 drink), but avoiding alcohol is the safest option for new mothers.

Women of childbearing age should refrain from behaviors such as binge drinking, because it puts them at risk of unintended pregnancy due to risky sexual behaviors under the influence of alcohol. 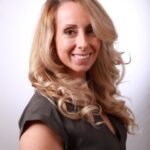 Dr. Jennifer Merrill is an Associate Professor in the Department of Behavioral and Social Sciences at Brown University. She received her PhD in 2012 from the University at Buffalo, and is a licensed clinical psychologist in Rhode Island (Credential ID: PS01479).

Dr. Merrill has published over 70 peer-reviewed articles in journals such as Psychology of Addictive Behaviors, Addictive Behaviors and Journal of Studies on Alcohol and Drugs. Her published work includes 'Drinking over the lifespan: Focus on college ages' and 'Event-level correlates of drinking events characterized by alcohol-induced blackouts'.